Canadian winter across the country of diverse landscapes 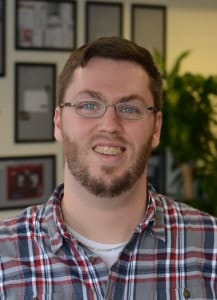 Canada is a country of diverse landscapes, ranging from shorelines to mountains, plains to lakes. The weather changes depending on each region.

We were wondering what winter is like across the country, so we asked Jonathan Gadoury, a meteorologist at Intact Lab, who took the time to walk us through the distinctive winter weather in each province.

Welcome to winter in Canada!

Our trek begins in British Columbia. West of the Rockies, the maritime climate on the coast makes for infrequent and light snow. However, the area can bring strong winds. Vancouver is often spared as it is protected by Vancouver Island.

Jonathan explains, “Strong winds often affect the coastal regions because there is little friction on the water. Friction can reduce wind speed. However, water retains heat better than soil does, so the coastal temperatures are milder in winter.”

East of the Rockies

East of the Rockies, the climate is described as “continental.” This means there is relatively little precipitation since the Rockies act like a barrier against the low-pressure systems from the west. Temperatures do vary greatly in this zone and there are strong winds due to the chinook. The southern part can get a lot of snow.

“The chinook occurs when the Rocky Mountains block a humid air mass from the west. This makes the east coast air drier, and it heats up quickly as it comes down the mountains,” describes Jonathan.

The climate is also continental in the Prairies. Residents of the region will confirm that the winters are extremely cold! The weather is usually dry with little snow, but the wind and the low temperatures can cause blizzards.

Southern Ontario enjoys a milder climate, due to its southern latitude and to the Great Lakes, which retain heat and provide humidity. It snows a lot and weather conditions are variable due to the freeze and thaw cycle.

The same is true of western Quebec and northern Ontario where there is a continental climate, cold temperatures and occasional snow storms.

The Saint-Lawrence Valley, home to southern Quebec, is particularly vulnerable to freezing rain. This is because of the channelling of north-easterly winds, which creates a thin layer of cold air that lowers the temperature of the rain below 0 degrees Celsius, just before hitting the ground. The wind also makes for generally cold temperatures.

Jonathan further explains, “Freezing rain occurs when droplets of rain encounter sub-zero temperatures as it falls. It then turns into ice when it makes contact with anything it encounters.”

In eastern Quebec, the humidity of the Gulf of Saint-Lawrence, the terrain, and the southern winds combine to produce frequent storms, which can include heavy snow falls and frequent snow squalls.

“The thing to keep in mind is that the relief channels the snow in some areas more than others,” says Jonathan.

Winters in the Maritimes are similar to those in eastern Quebec, but with milder temperatures. Big storms from the south and along the Atlantic coast can cause major snow falls and strong winds, as well as frequent snow squalls. The Atlantic Ocean is a source of humidity that feeds low pressure systems, causing heavy snow falls.

In Newfoundland and Labrador, winters are cold and windy. The wind chill factor is reported to cause temperatures as low as -25 to -35 degrees on the Island and -40 in Labrador.

Jonathan says, “The wind itself doesn’t lower the temperature, but affects how cold you feel since it draws the heat from your body.”

For Yukon, Northwest Territories, and Nunavut the weather is very cold and winter stretches out for a long time, as you can imagine! Strong winds and blizzards are present in the Northwest Territories and Yukon is characterized by continental weather, snowy mountains and freezing temperatures. Nunavut experiences acute winds and blizzards because of the tundra’s characteristics.

“Above the polar circle, some days don’t see the sun in winter season”

All these different weather conditions can have a direct impact on you, depending on where you live:

Here is some useful winter reading:

–A survival guide for your home;

-On winterizing your pool or spa;

Jonathan  has a Bachelor’s degree and a Master’s degree in Atmospheric and Oceanic Sciences from McGill University. Upon graduating he worked for two years in Boston, modeling weather patterns, specifically natural disasters and catastrophes. He joined Intact and belairdirect in 2014 and strives to better understand severe weather to improve prevention and response.

How to prepare for extreme weather

Snowstorms: our tips for avoiding the worst