13 best places to visit in Canada

Many wonderful places, just a short drive away

Canada is a vast and magical country with natural wonders known all over the world. Beyond the classic tourist guidebooks, however, plenty of lesser-known places offer surprising finds. When you holiday on Canada’s highways, you’ll want to check out new ways of enjoying breathtaking landscapes, animal sightings and unique cultures—including an alien one. From coast to coast, Canada has much more to surprise you! We have assembled this Top 13 for you to experience the most memorable road trip ever! 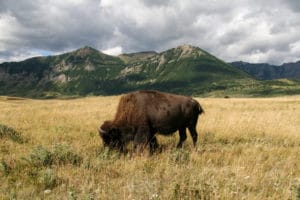 From behind the wheel of a car and the passenger seats, animal lovers can observe bison going about their lives in their natural habitat. Just take a drive on the Bison Paddock Loop Road during your visit to Waterton Lakes National Park. The attraction is free and well worth the detour. At the AB-5 road junction, continue to AB-6, and you’ll see the entrance to Bison Paddock Loop Road on your left. Read the instructions carefully and drive with caution! 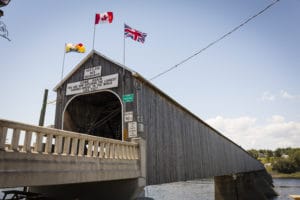 Drive on the longest covered bridge in the world! Declared a national historic site in 1980, this bridge across the Saint John River was considered a marvel of engineering when it opened in 1901. Stretching over 390 metres, it runs between the towns of Hartland and Somerville. You can drive onto it at 365 Main St., in Hartland. 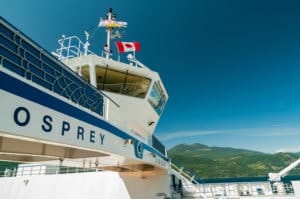 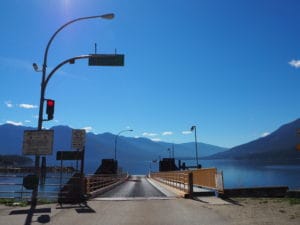 How can you get around on a road trip without actually driving? By parking your car on a ferry! The Kootenay Lake Ferry is the longest free ferry trip in Canada. Treat yourself to a mini-cruise to remember as you’re carried the forty minutes between Balfour and Kootenay Bay (or vice versa). Ferries depart every hour from 6:30 in the morning until 9:30 at night. Depending on which one you take, the ferries have a capacity of between 28 and 80 cars and 150 to 250 passengers. 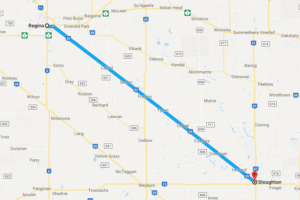 Drive 140 kilometres along this highway without making a single turn. Stretching between Regina and Stoughton, Highway SK-33 is the longest straight highway in North America. The drive is a little more than an hour, so put on your best road-trip playlist and enjoy the prairie landscape. 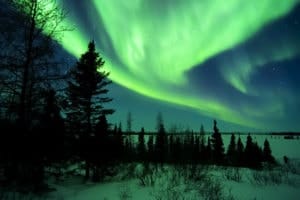 The Wapusk, which means polar bear in the Cree language, runs 752 kilometres between Gillam, Manitoba, and Peawanuck, Ontario. Recognized as the longest winter highway in the world, it’s rebuilt every winter on the snow and ice and is drivable until it closes in March when the weather gets milder. Make sure to stop at the Wapusk National Park where 40 bird species cohabitate with a thousand bears and three thousand caribou.

The City of Vulcan, Alberta 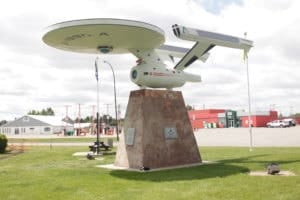 If you’re in the vicinity of Calgary, why not “Boldly go where no man has gone before”? If you’re a Star Trek fan, you’ll know this saying, and you’ll definitely want to visit Vulcan. Located between Calgary and Lethbridge on Highway 23, the city became the Mecca of inveterate Star Trek fans in the nineties. From an exact replica of the famous Starship Enterprise to numerous Trekkie relics and a virtual reality game, get your geek on and celebrate the most famous Vulcan of them all: Spock. 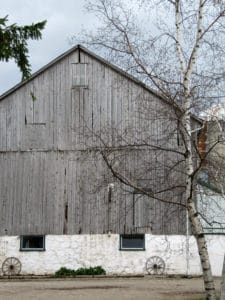 When you’re in the mood for a different kind of highway experience, drive to Perth County, more than 100 kilometres from Toronto, where an Amish community resides. It’s an opportunity to share the highway with horse-drawn carriages, witness well-kept farms and return to a simpler, authentic way of life. It’s open to tourists a few days a year when you can get out of the car and discover Amish artisanship, such as quilt weaving as well as carriage and furniture building. 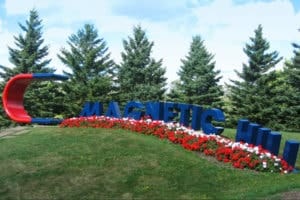 They’ve been blowing tourists’ minds for eighty years! The magnetic hill roads of Chartierville or Buckland in Quebec and Moncton, New Brunswick, attract the curious from all over the world. When you get to Magnetic Hill in Chartierville, drive to the bottom of the slope, stay in your car and take your foot off the brakes to experience magic. The kids will beg you to do it again! 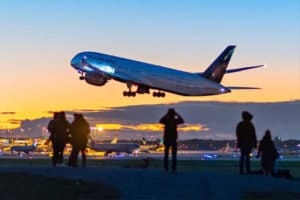 Pack a picnic and drive to an observation point to do some plane-spotting. In Calgary, spotters watch from their cars on McKnight Boulevard. Also, in Toronto, aircraft lovers park on Derry, Dixie, and Airport Roads to see the planes up close. In Montreal, you can get out of the car and watch them take off and land from the bleachers at Jacques-de-Lesseps Observatory Park.

The Highway of Dams, Quebec 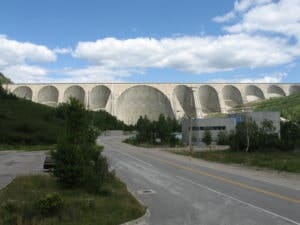 If you’ve always dreamed of visiting a massive hydroelectric dam, the Highway of Dams offers you two to see! The starting point is the city of Baie-Comeau, where a few kilometres away, you’ll find the Georges-Dor Pavilion which offers visits to the Jean-Lesage Generating Station. If you want more, drive 200 kilometres on Highway 389 to check out Daniel-Johnson Dam, the highest multiple-arch-and-buttress dam in the world. Visits are free, but you’ll need to bring a piece of identification. 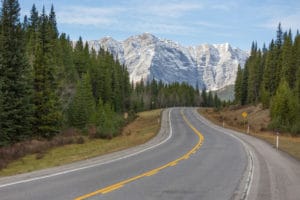 Drive to ever greater heights in Alberta! The province boasts the highest highways and passes in Canada, including the Highwood Pass, also known as the Kananaskis Trail, which is the highest paved highway in Canada. To get to it, make sure that it’s open to traffic, as it’s closed from December to June, and get ready to deal with the altitude! Take Highway 40 which stretches on for more than 730 kilometres through the mountains! 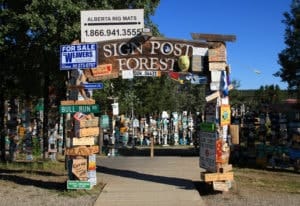 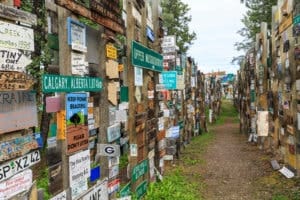 Do you love driving so much that you even have a thing for road signs? Since 1942, travellers from all over have come to Watson Lake to donate a sign from their native city. It truly is a forest of signs that now totals over 77,000! Drive on to the nearby Alaska Highway Interpretation Centre to enjoy photos, murals, audiovisuals, and dioramas.

Take a break from getting lost on the highways and slip out of your car. Test your navigation skills in a real maze! Made up of more than 3,000 cedars, it’s one of six mazes of its kind in North America. The VanDusen Botanical Garden also offers a lot more to see, such as twenty-two hectares of exotic plants from all over the world.

Over its 9,984,670 square kilometres, Canada offers plenty of surprises for those who love the country. Have you visited one of these extraordinary places already? Could it be that you have an unusual highway spot that didn’t make this list? If so, let us know in the comments section!