From electric cars to maintenance and parts, our pros explain it all

Technology has changed all areas of our lives: our homes, our work and also how we drive. But while new car tech affects all drivers, it’s not always obvious how or why those changes impact us. That’s because most of us aren’t car experts.

So, we decided to ask two people who are: Mike Di Stasio, a Unit Claims Manager, Appraisal, at belairdirect, and Francesco Gissi, one of our Auto Damage Estimators.

As they put it, Francesco is “the guy with boots on the ground,” who shows up at the scene of a claim. Mike, meanwhile, leads a team of estimators, and is their “go-to guy” for procedures and technical information.

Combined, they have nearly 30 years of automotive experience, spanning insurance and, before that, garages. “I’ve seen it all,” says Mike.

Here’s what our pros had to tell us:

Cars: Then vs. now

One of the biggest changes over the years has been the move from cars that were mainly mechanical to ones that are largely electronic. “20 or 30 years ago, a vehicle was an engine, a steering wheel, four wheels and that was about it,” says Mike.

Many modern components – doors, windows, mirrors – are electronic and connect as part of a complex system to an internal computer. This computer acts kind of like an airplane’s black box, explains Mike. “Today, a technician can plug his laptop into a car and it’s like he’s talking to the vehicle. He can ask the vehicle what’s wrong.” 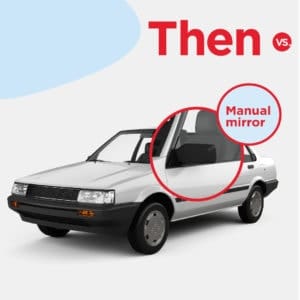 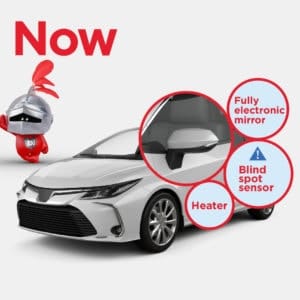 Cars are also made to be safer than in the past. When asked which technology has been most revolutionary, both our experts agreed: airbags. Thankfully, modern cars are equipped with at least six airbags and often more, which deploy with the help of sensors located all over the vehicle.

Cars are also safer thanks to new materials such as high-strength steel. Compared to regular steel, it keeps occupants better protected in the case of a collision. “It absorbs the impact, instead of you taking the impact,” explains Francesco. However, he says, high-strength steel is more complicated and costlier to repair than traditional steel. 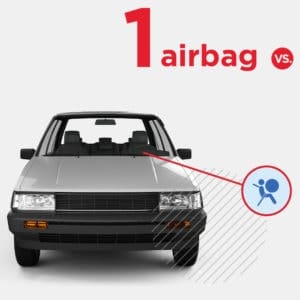 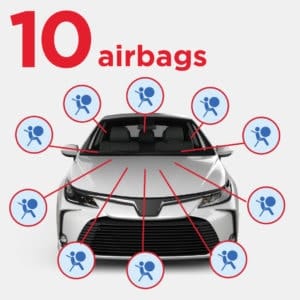 For our experts, safety is the area where tech matters most. “That your seat is warm is one thing,” says Mike, “but let’s save your life.”

Backup cameras and Bluetooth are hard to miss. But we’re often less aware of other technologies like our cars’ ECUs, the computer systems that connect to an array of sensors and parts.

Then there are “invisible” technologies such as ABS and power steering. “It’s all standard now,” says Francesco, which may be why we often forget to think of these features as tech. In short, you may be underestimating just how advanced your car is!

So, how do all these technologies impact repairs and maintenance? “Cost, cost, cost,” says Francesco.

Parts today are often more expensive than their low-tech counterparts. For example, Xenon and self-levelling lights: “I’ve seen lights on Audis that are $5,000,” says Mike. “But it’s not just high-end cars,” adds Francesco, who says parts are now pricier for regular everyday cars too.

Then consider how most car parts today connect to a larger system. “A module in the corner of your bumper may get hit, and your blind spot detector could break. That’s $900 or $1,000,” says Mike.

Finally, repair and maintenance work can also be more expensive if it requires a specialist. 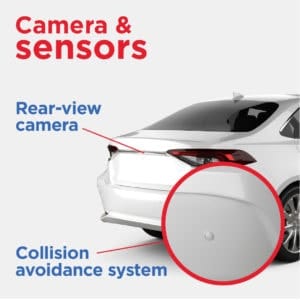 Wonder what the next big thing will be? According to Mike and Francesco, it’s electric and hybrid vehicles. “The technology is going to explode in the next 20 to 25 years,” predicts Mike, citing that Toyota plans to offer an electric version of each of its vehicles as early as 2025. The use of aluminum rather than steel for auto bodies is also a promising possibility.

But while alternate fuel sources and new lightweight materials could come with certain fuel economies, there could be other costs associated with these technologies – namely, the need for specialists when it comes to maintenance and repair.

Tech: A good thing or a bad thing?

Change is inevitable, but is it good? For Mike and Francesco, the answer is yes… and no.

Technology in cars can be useful and can even make us safer. But it can also drive up the cost of cars themselves, as well as the expense that comes with needing specialists to care for them.

And while we should be thankful for certain safety features, our experts also caution against relying too heavily on things like backup cameras, blind spot detectors, lane assist and other technologies.

“Is technology going to become better than human judgment? I think it’s useful but we have to watch out.”

“Is technology going to become better than human judgment?” asks Mike. “I think it’s useful but we have to watch out.” Now, as always, it’s important to be attentive, use your human judgment and be safe. That’s one thing that hasn’t changed, and probably won’t for some time.